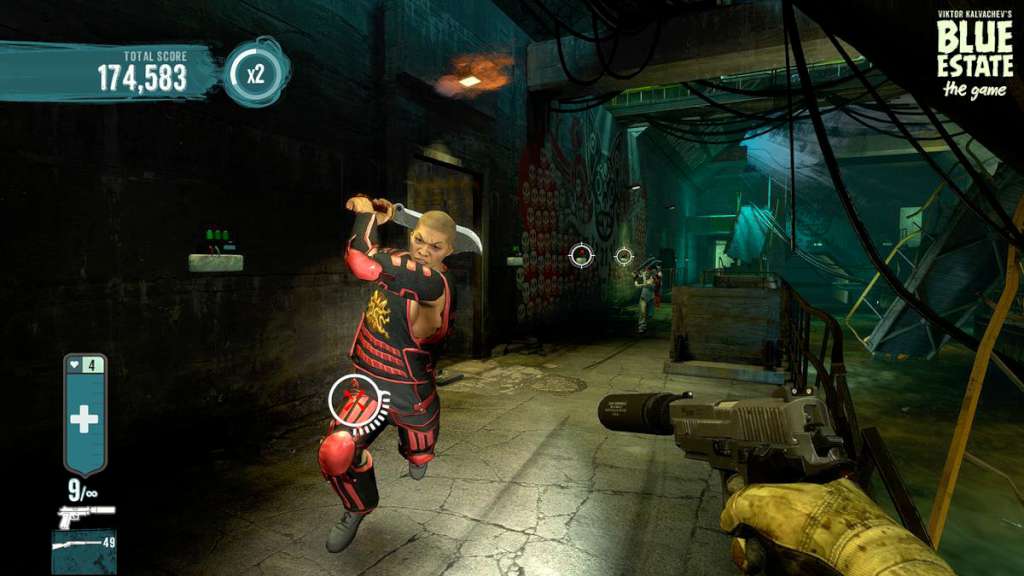 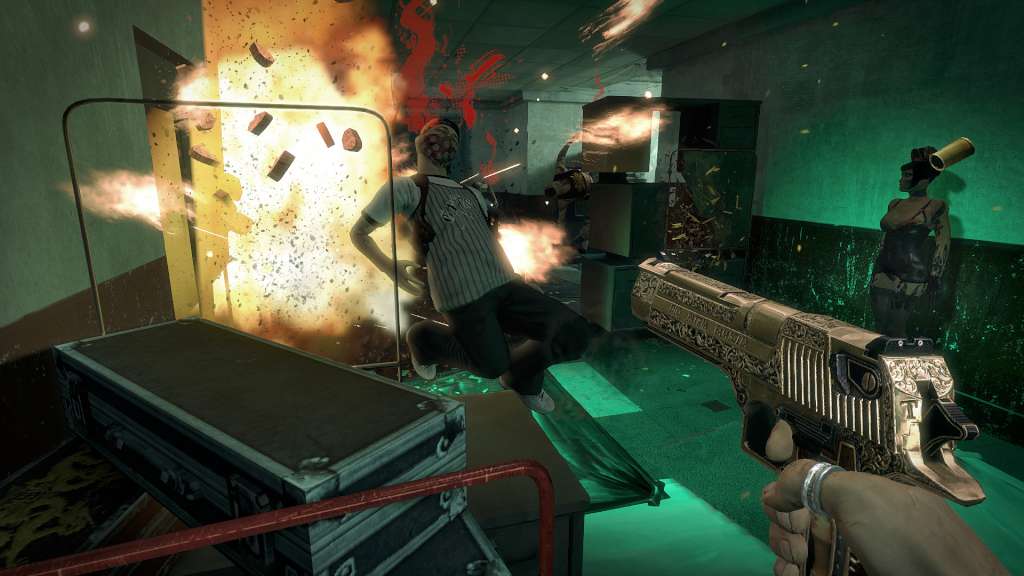 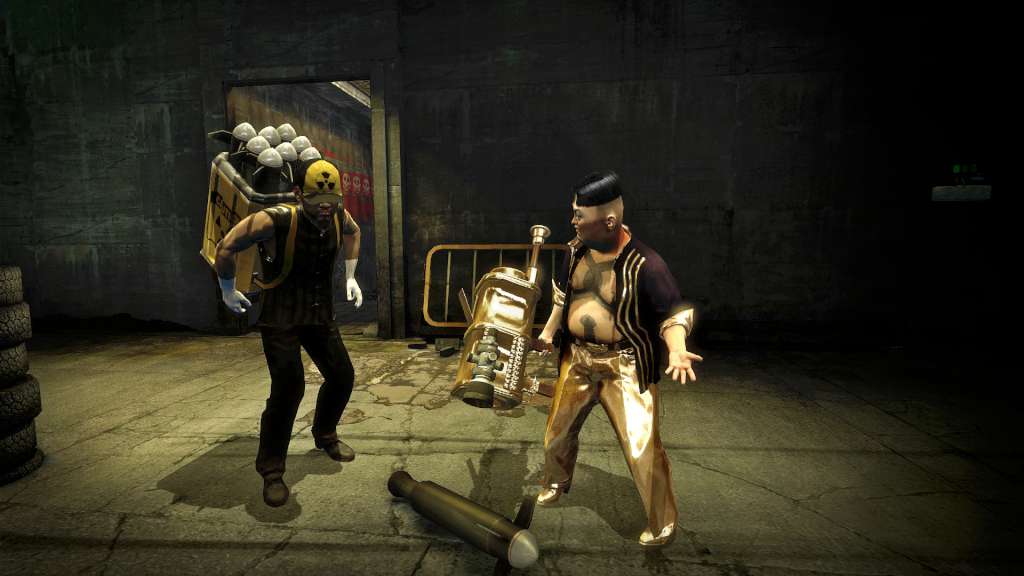 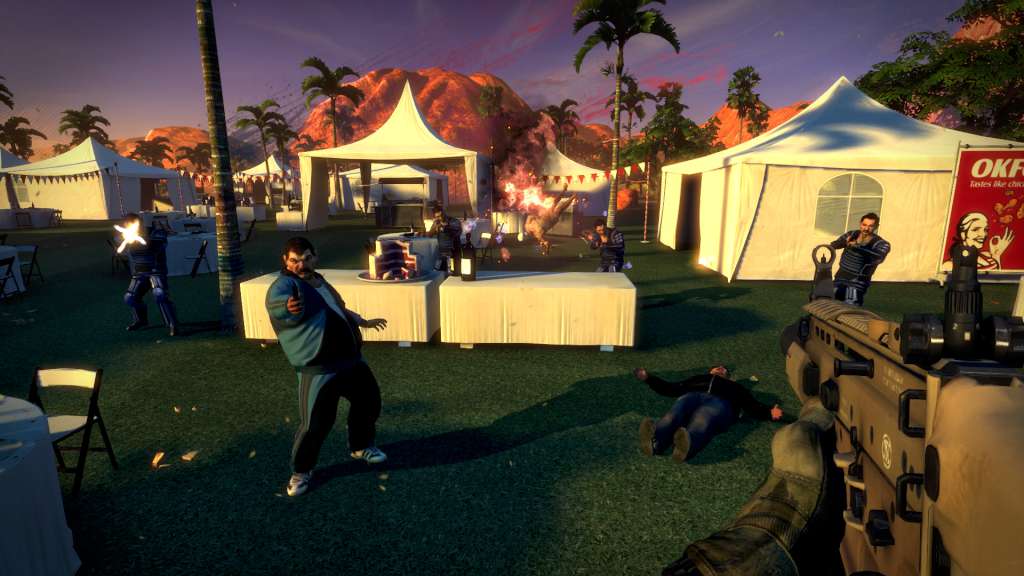 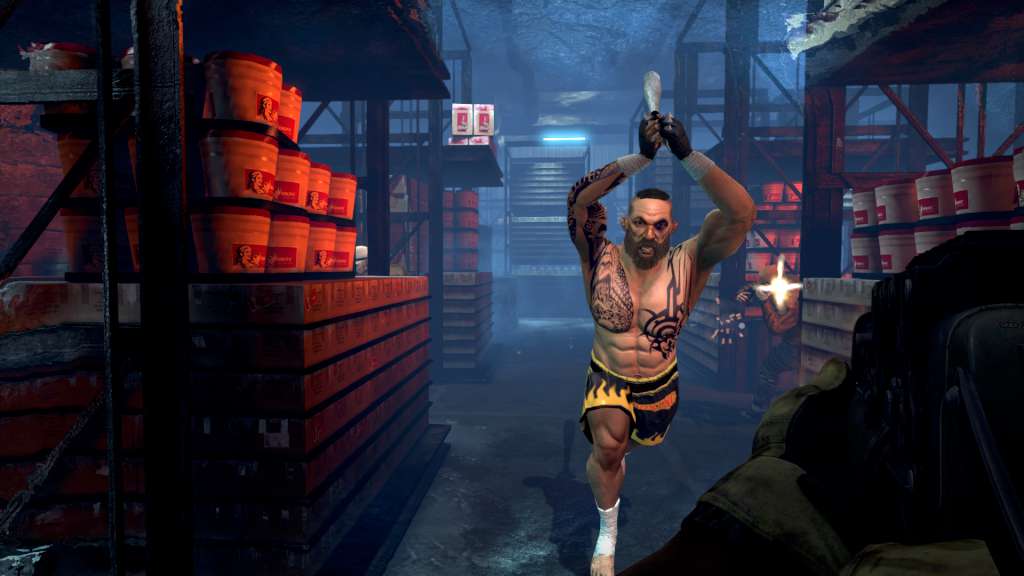 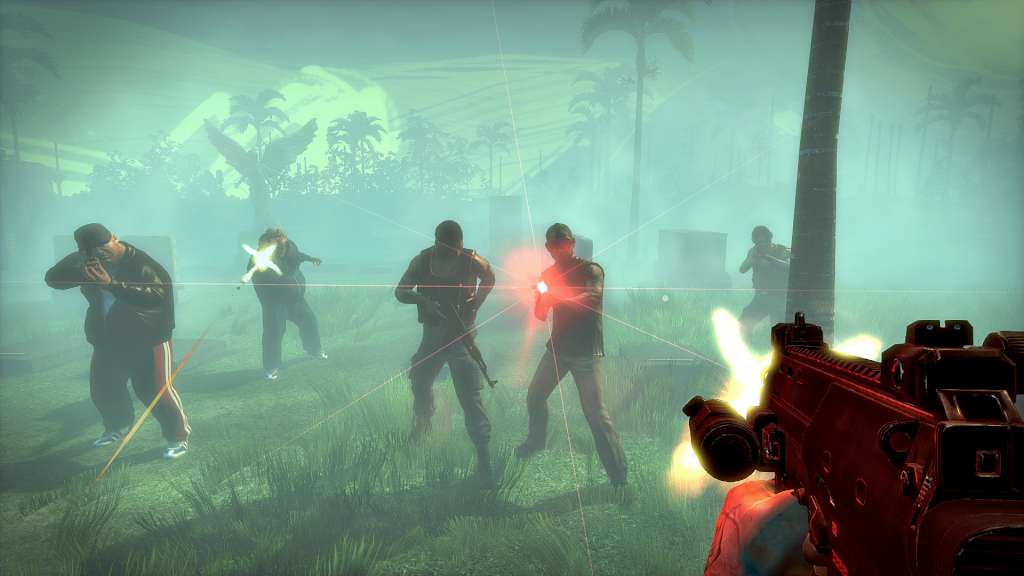 Blue Estate is a darkly funny on-rails shooter ! Designed from the ground up to exploit the gyroscopic features of the new PlayStation4 controller, and Kinect moves sensor on Xbox One, Blue Estate offers slick wit and punishing violence through a genuinely fun and intuitive control system, all set in an eye-popping technicolor mob world.While experiencing the smoothness of motion control in a rail shooter, using the unique motion sensors capabilities of the PlayStation4 and Xbox One, the player will enter a fight for his life against the most absurd and dangerous enemies, ranging from scar covered fight-to-the-death champions to Tony's own hair and Chihuahuas that are too happy to see you. You're given a series of primary and secondary weapons to help make your way through the load of hilariously perilous missions. These will come in handy defeating the bosses who'll try to end your game and your life. But sometimes firepower isn't enough, so think before shooting and use cover to prepare your strategy, reload often, and try not to get turned into grated cheese.A killing spree is always better when shared, and that's why Blue Estate offers the opportunity for a second player to join the fun, through a cooperative mode where every headshot counts to show who's the best trigger in da house!