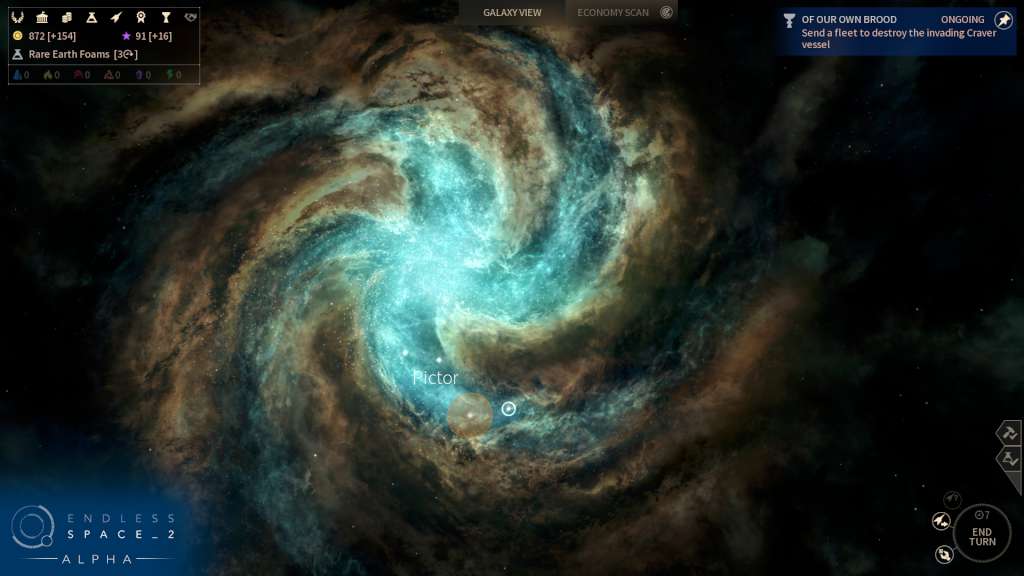 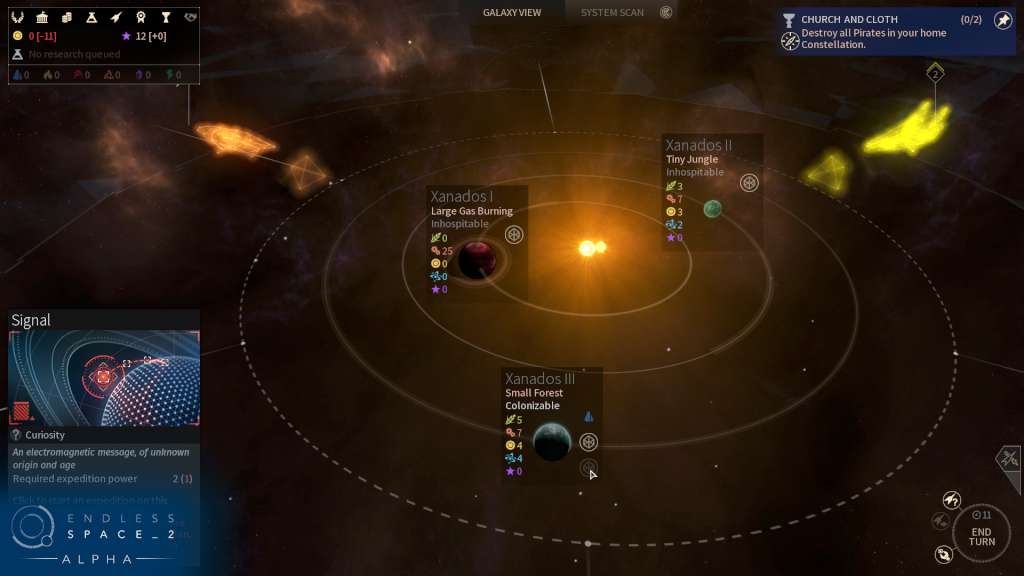 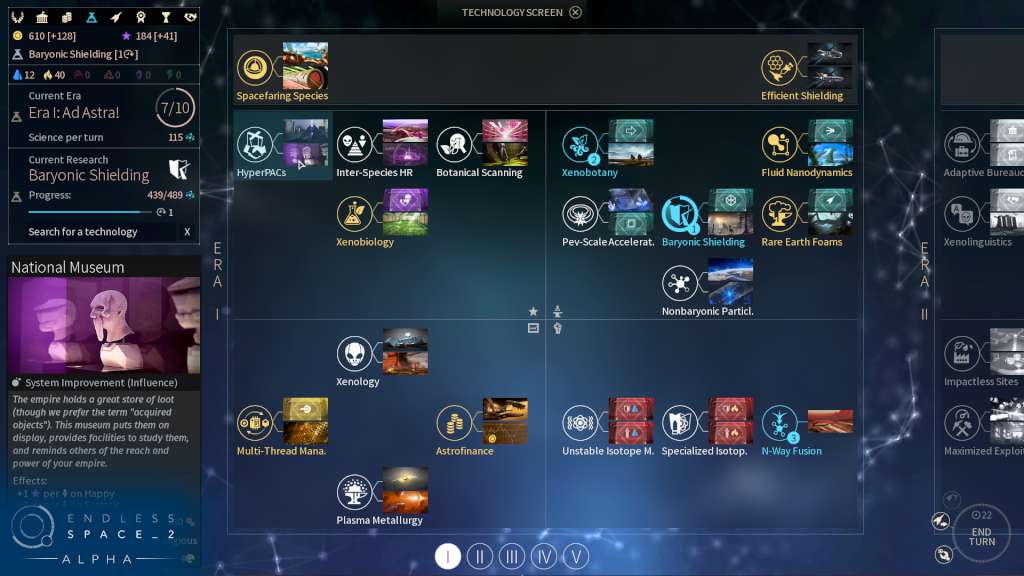 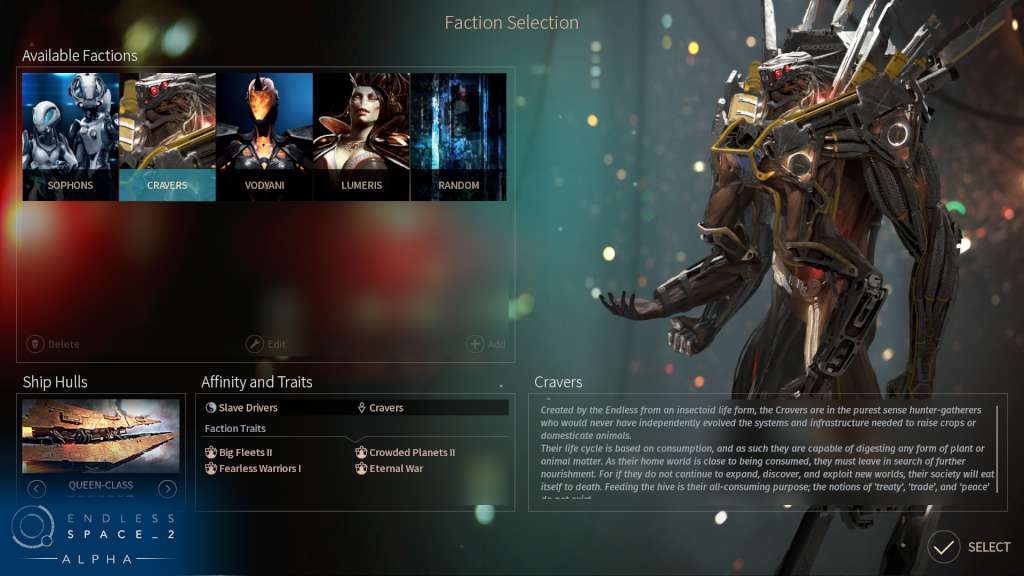 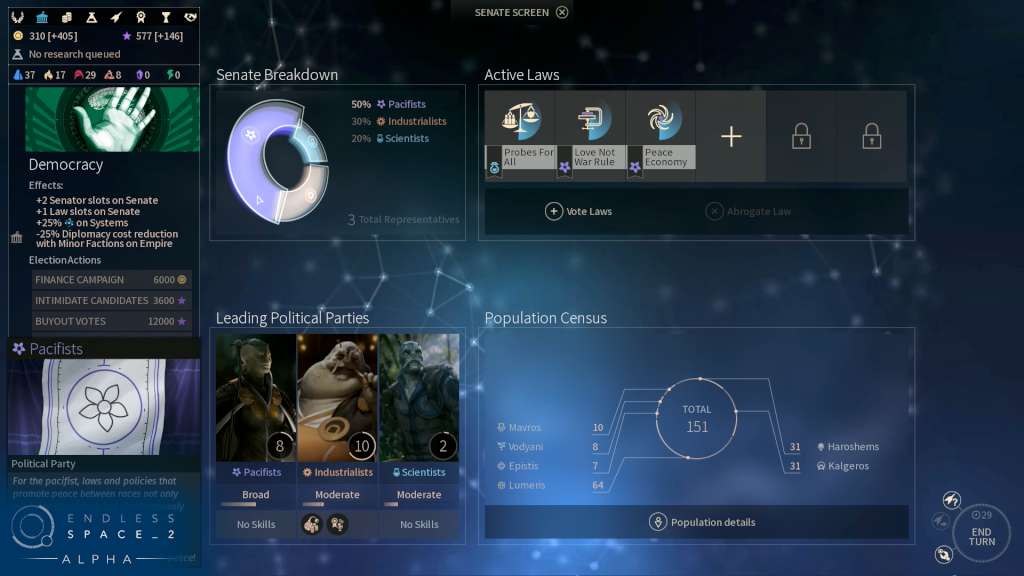 In Endless Space you play the role of the leader of one of the many intelligent beings of a galaxy at the beginning of the space age. Very quickly, you discover the remnants of an older civilization. That civilization called themselves the Endless, among their ruins, a matter called Dust with amazing proprieties is found. It shapes into whatever its user thinks of, it gives a reality to dreams… dreams that lead to the extinction of the Endless. Since then that matter became the most precious matter of the universe, and therefore the universal currency… but in front of the power of the Dust it is hard, even for the purest beings, not to fall under its charm… We want the players to live an experience that goes beyond just strategy. You will live your own story of space conquest, with your own randomly generated galaxy full of civilizations, lifeforms, technologies and unknown worlds for you to conquer.