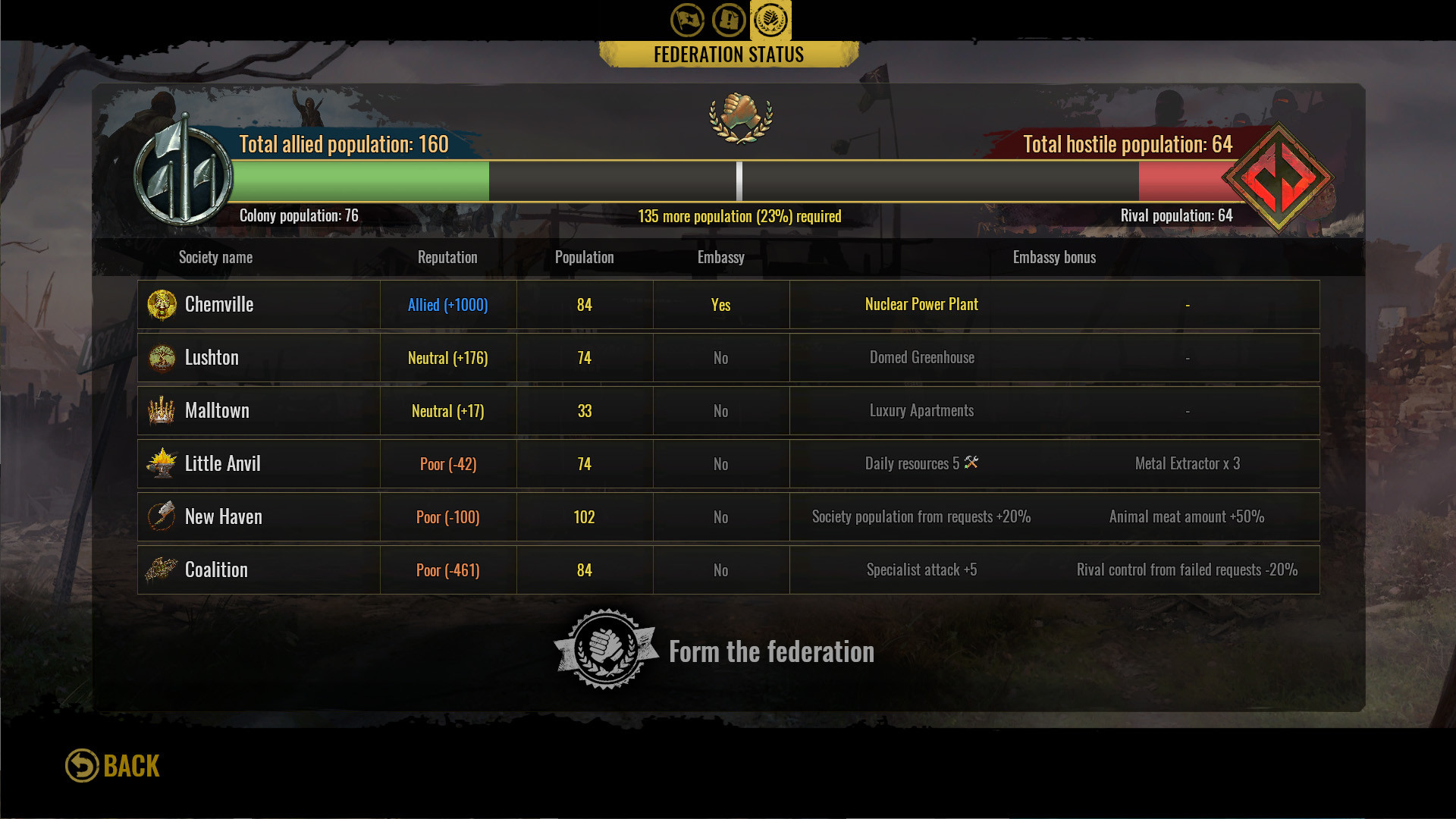 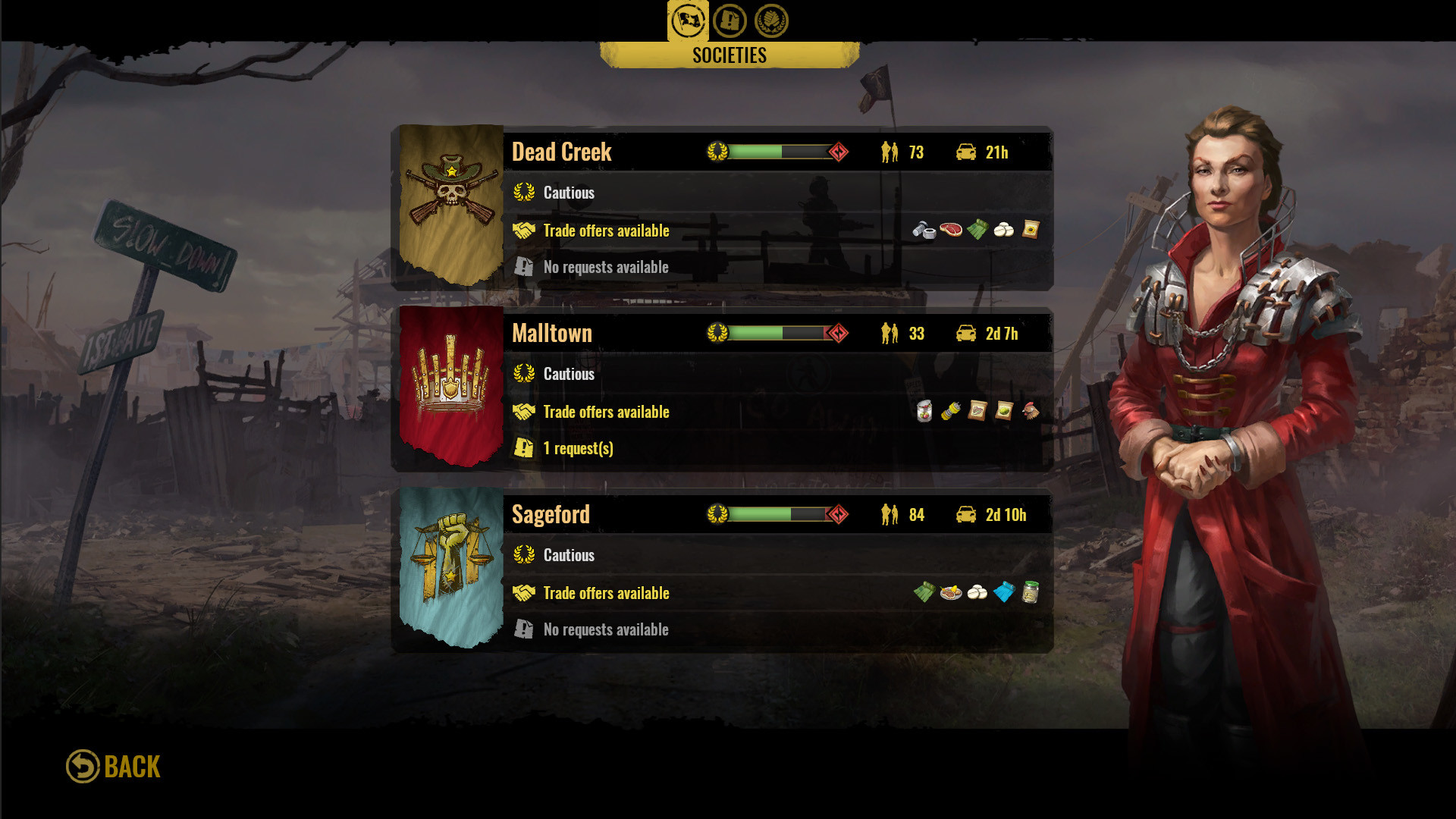 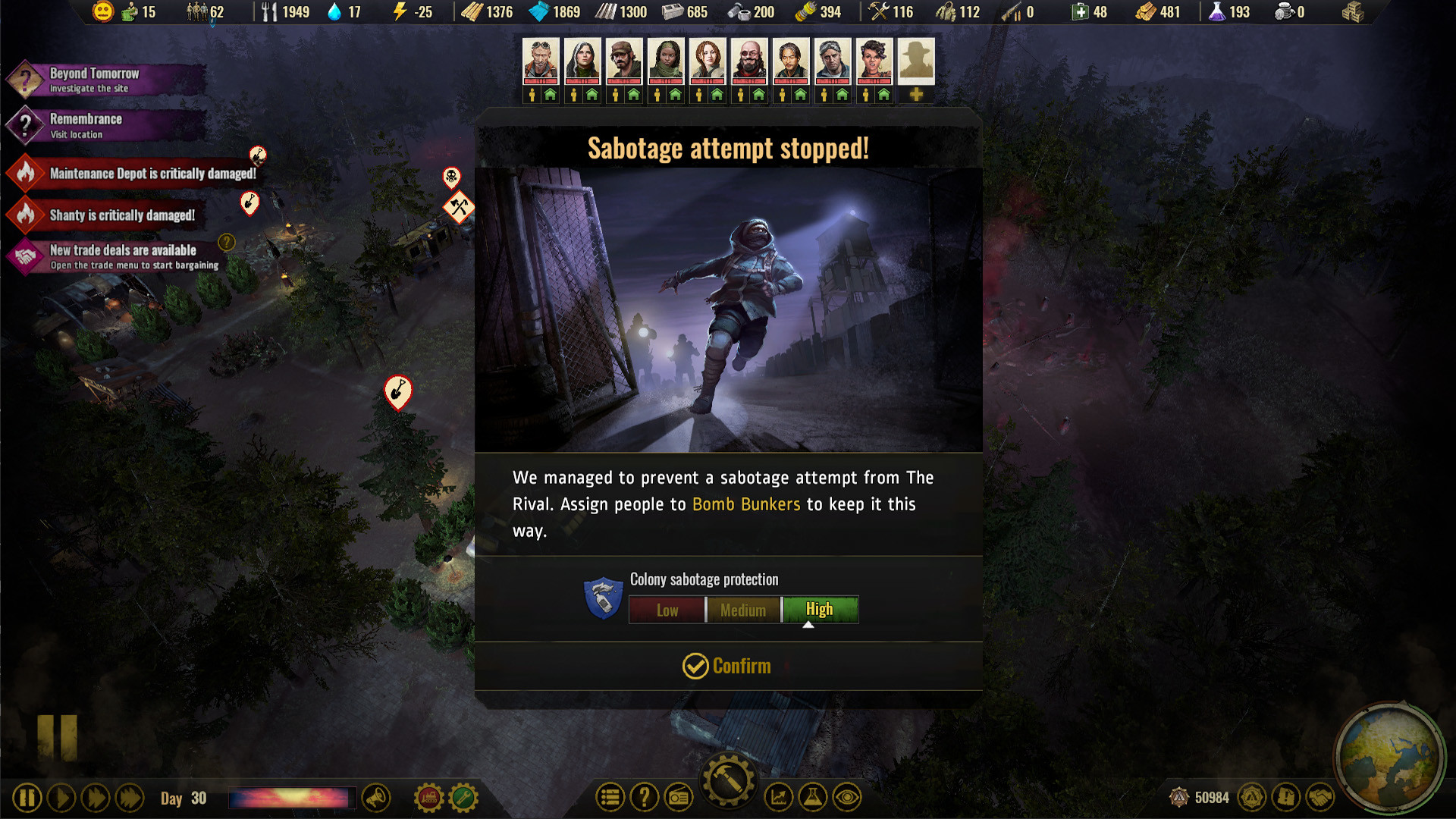 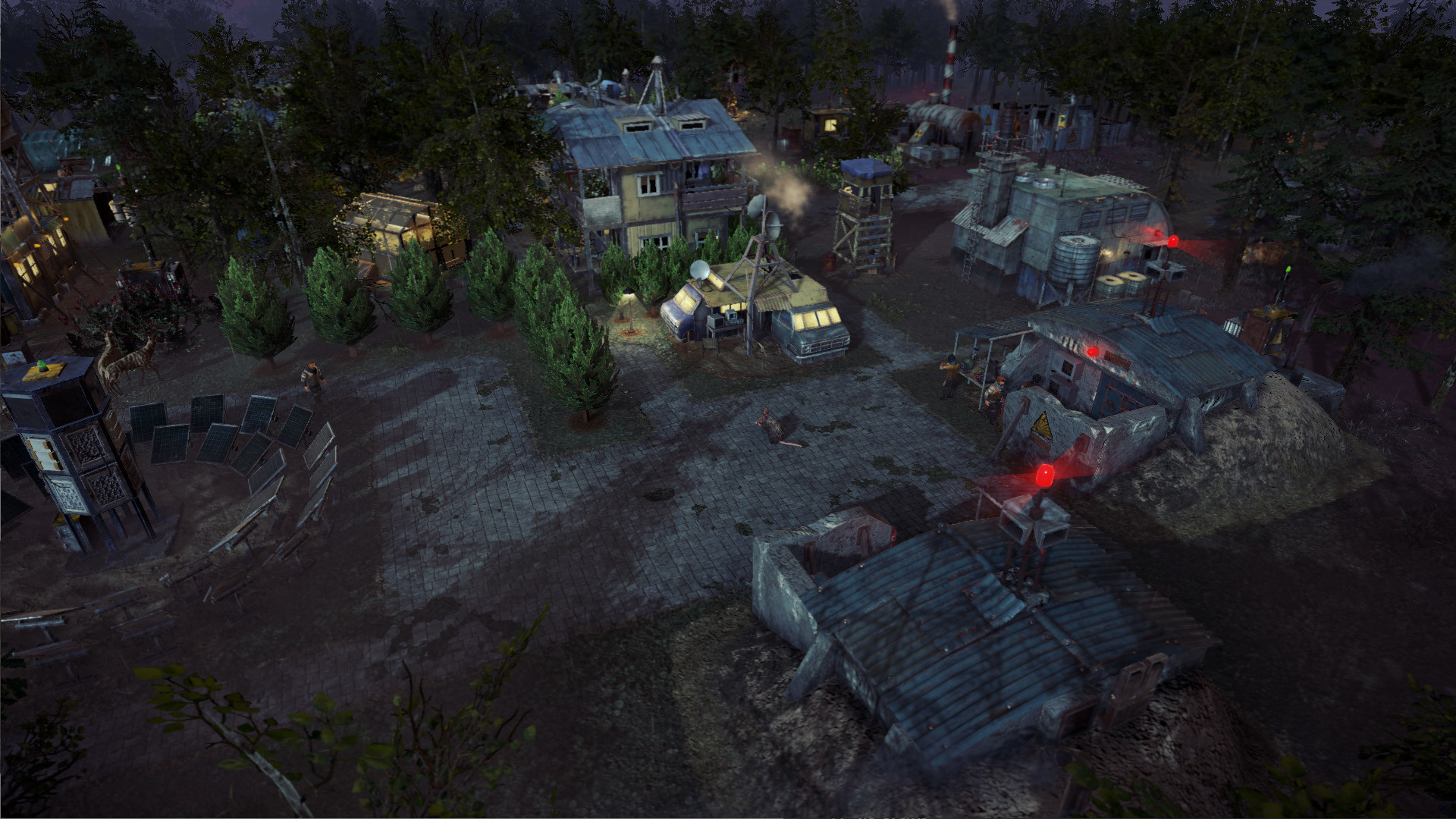 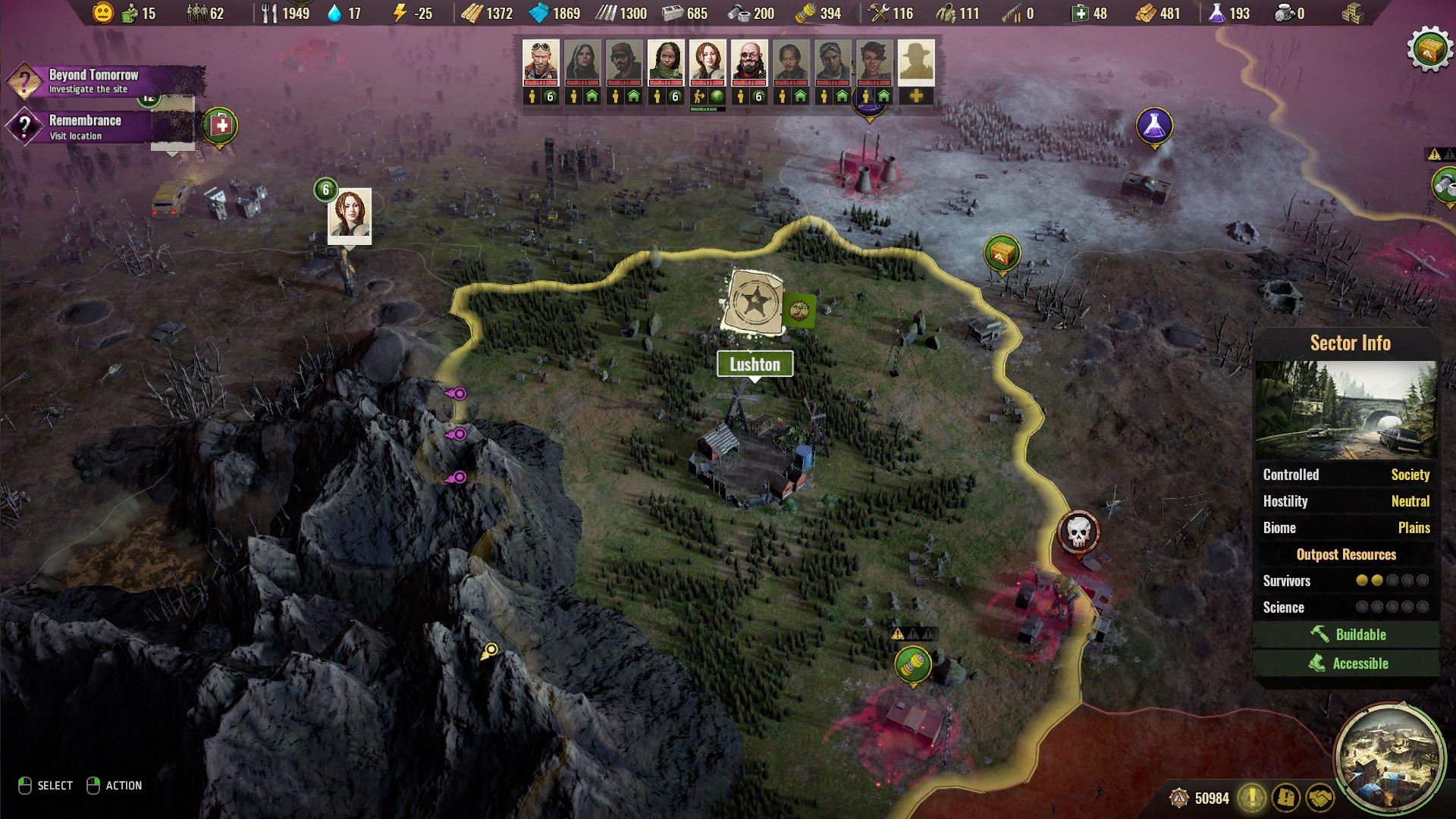 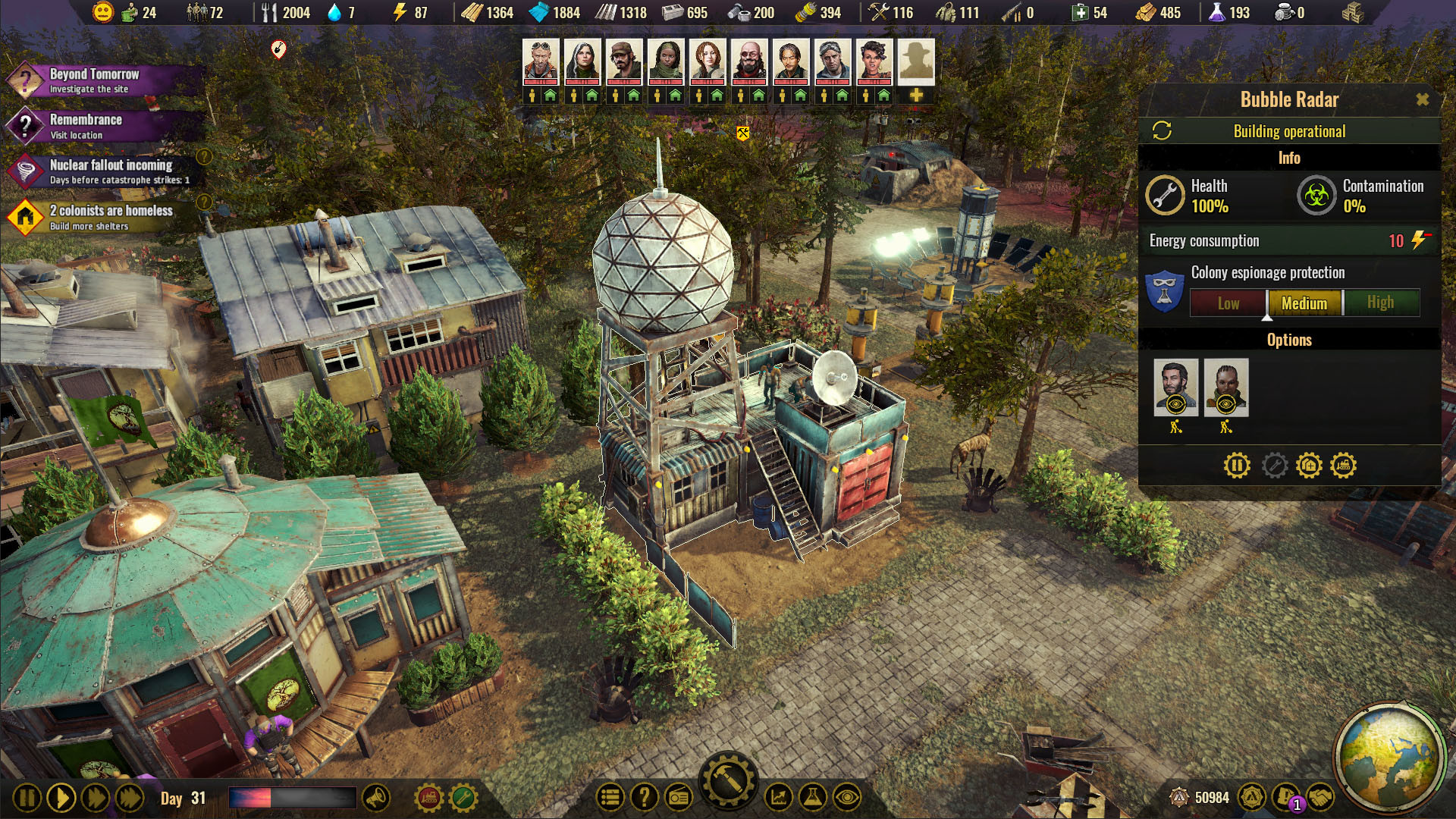 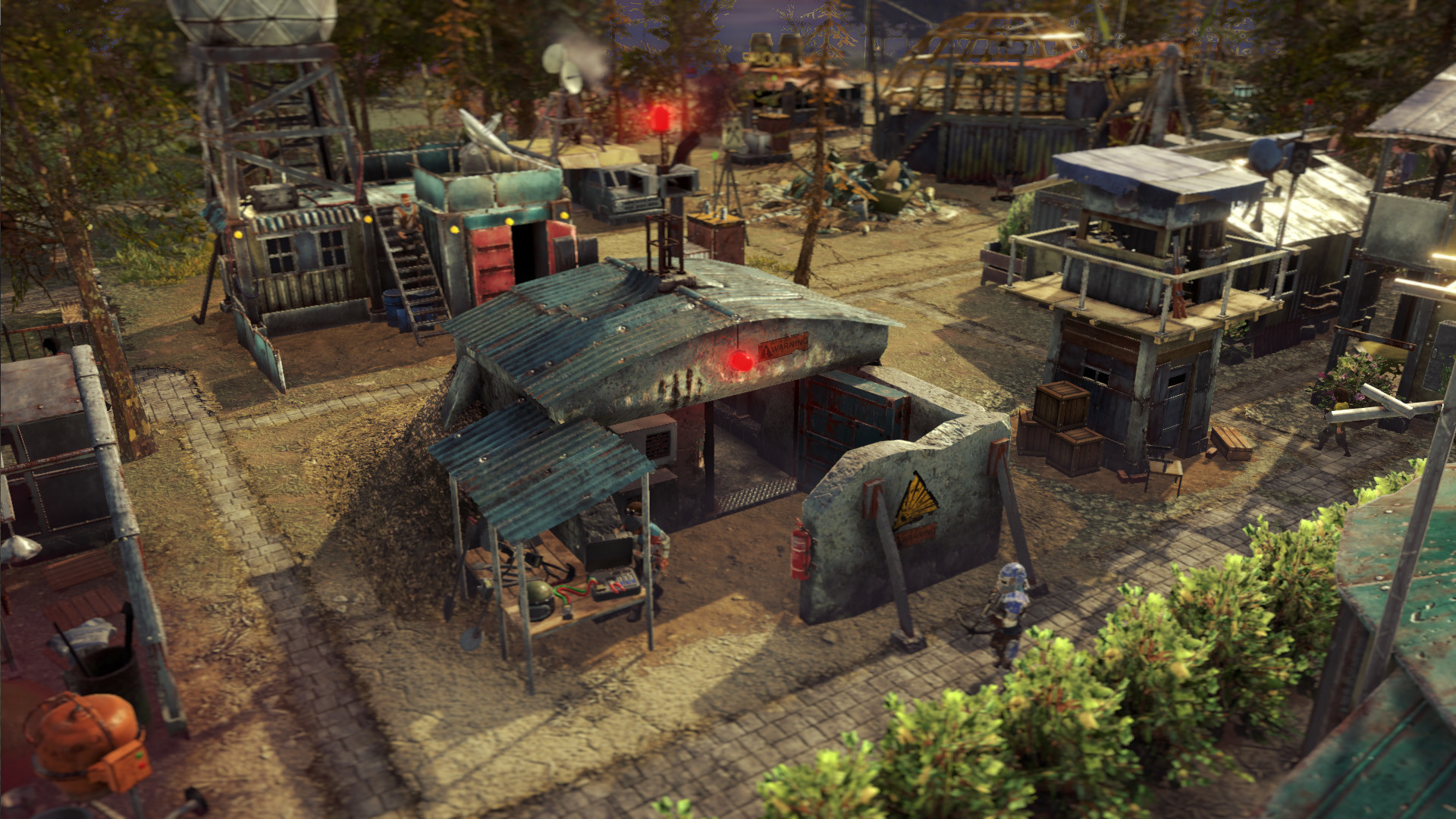 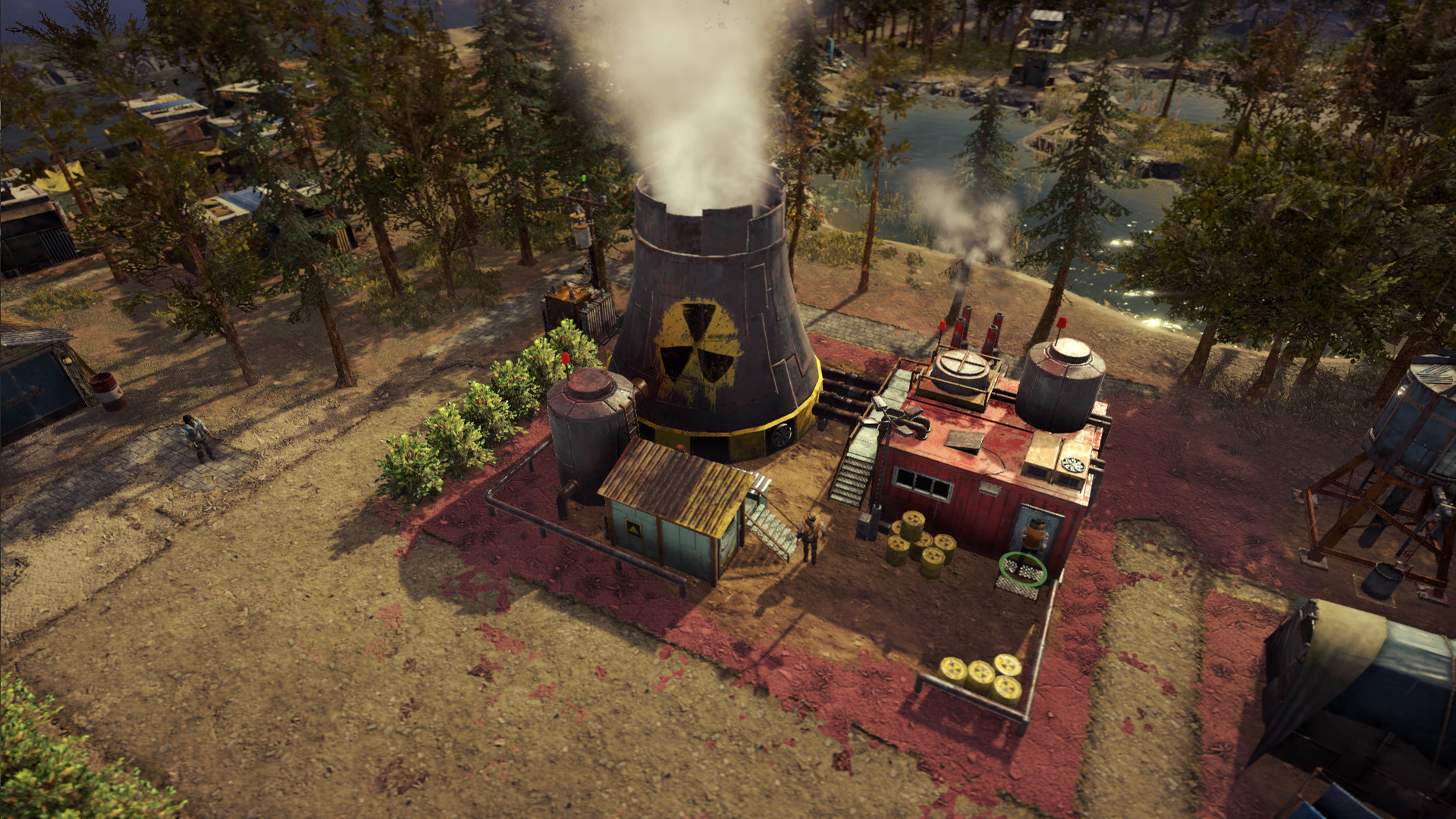 With Surviving the Aftermath: New Alliances, your actions now go beyond the confines of your settlement and can influence other societies in the Wasteland. New Alliances expands the World Map where beasts and bandits will react to your choices and can even take over strategic locations. Interacting with societies has become more impactful, allowing players to unite colonies under their banner. Uniting colonies requires players to maintain their reputation or risk creating more rivals to compete against. Specialists can go on covert missions and influence the world through sabotage, theft, espionage, and propaganda, but be mindful of the risks as failure will have devastating consequences.