Who Wants To Be A Millionaire Steam CD Key 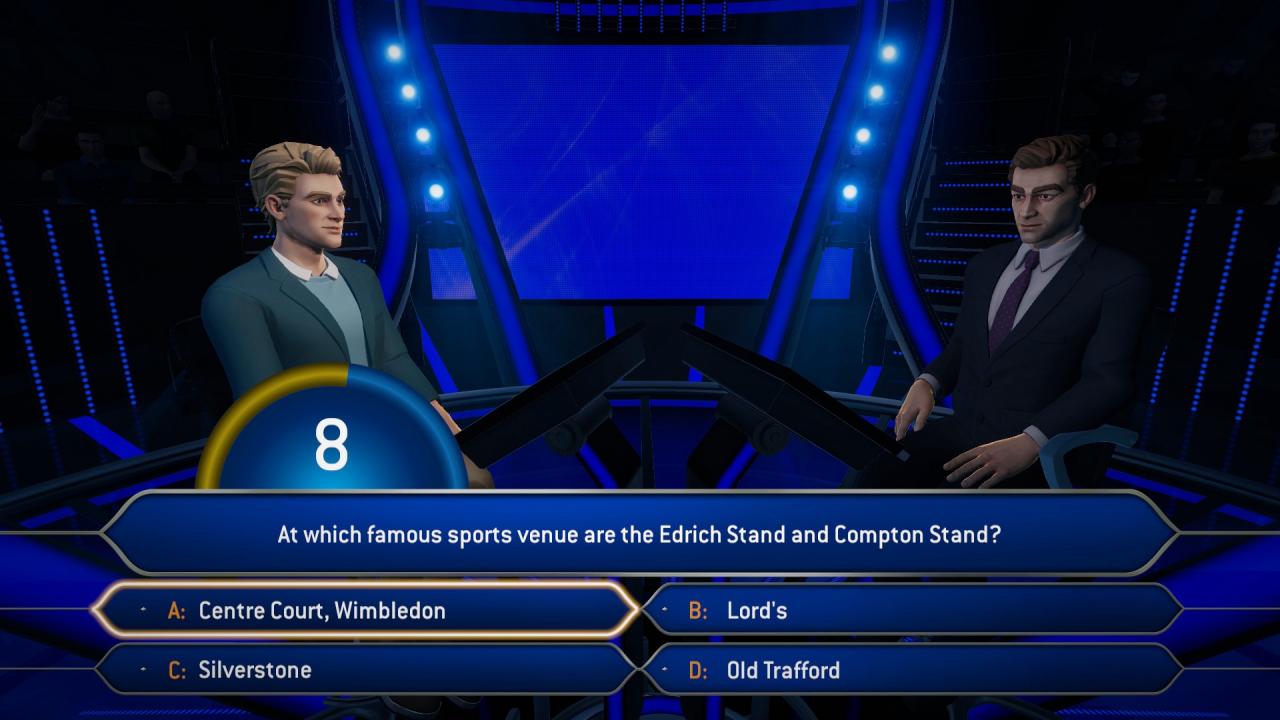 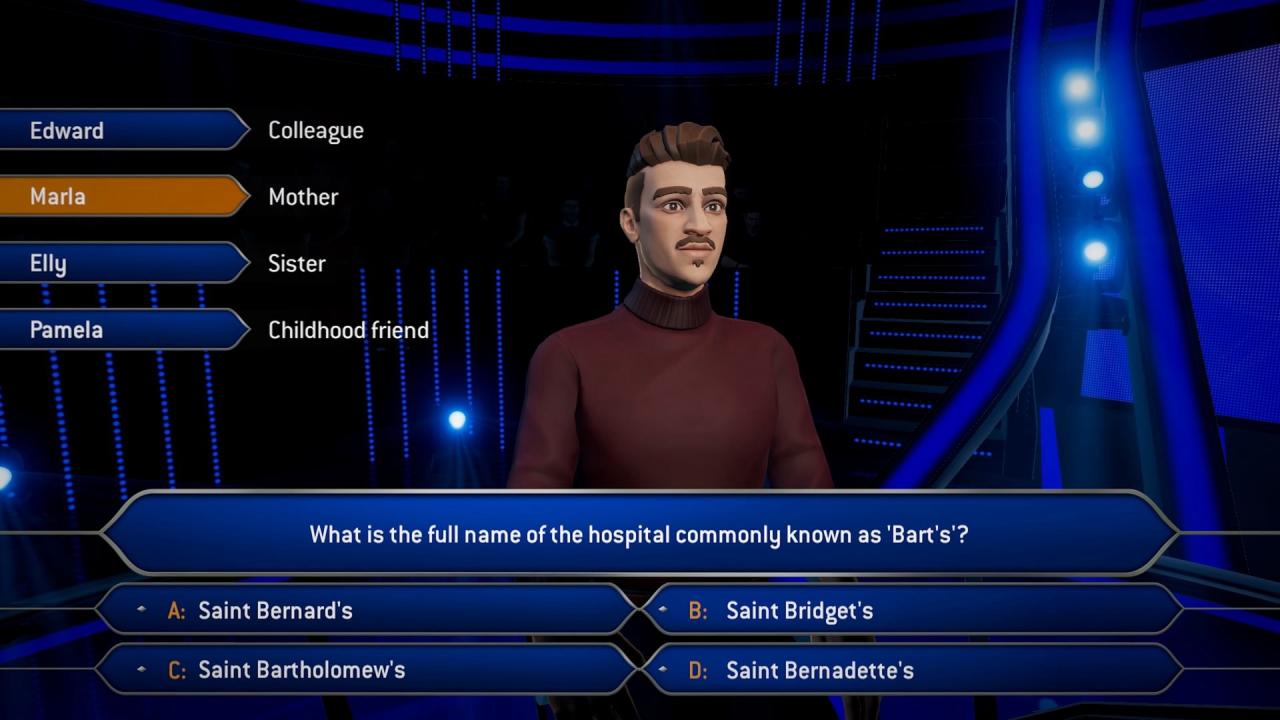 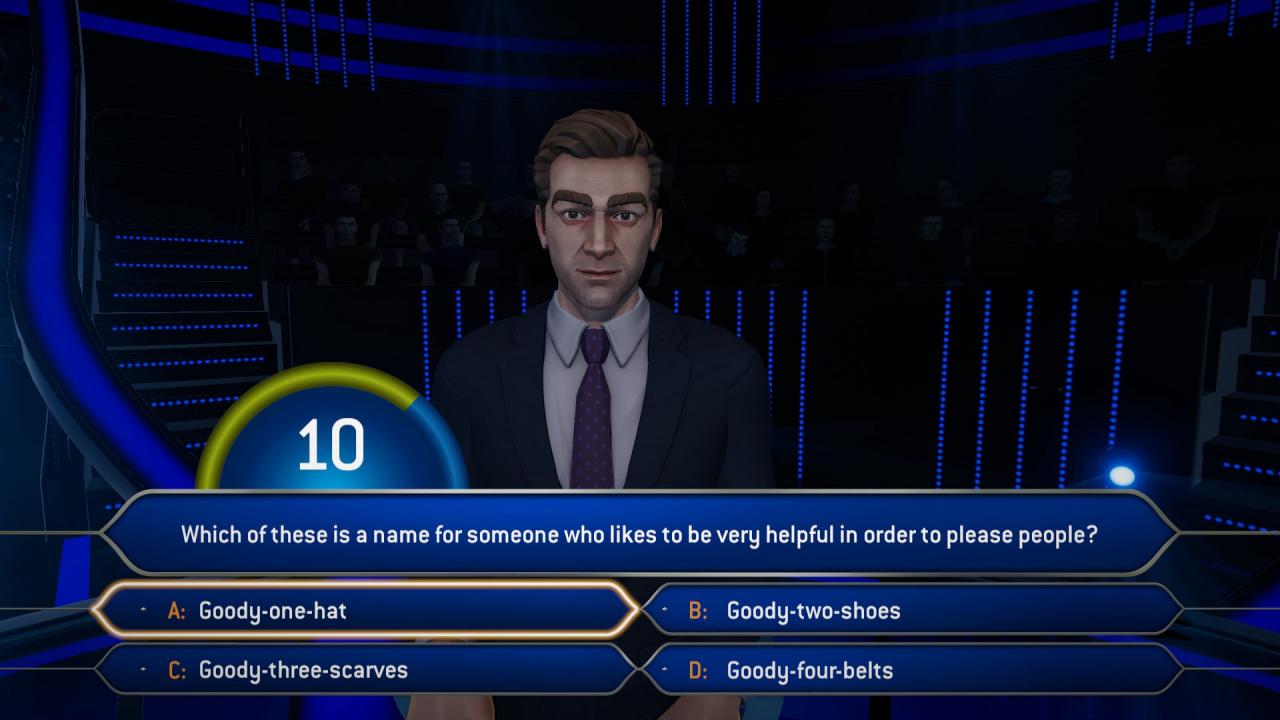 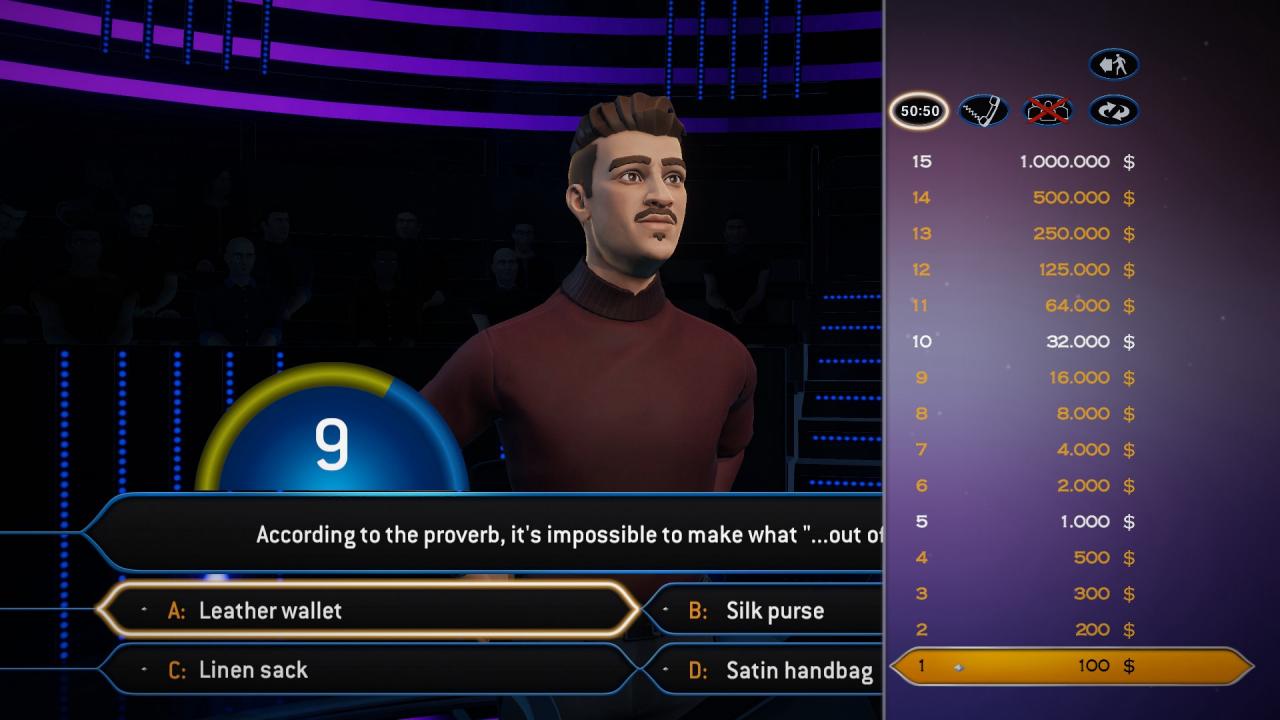 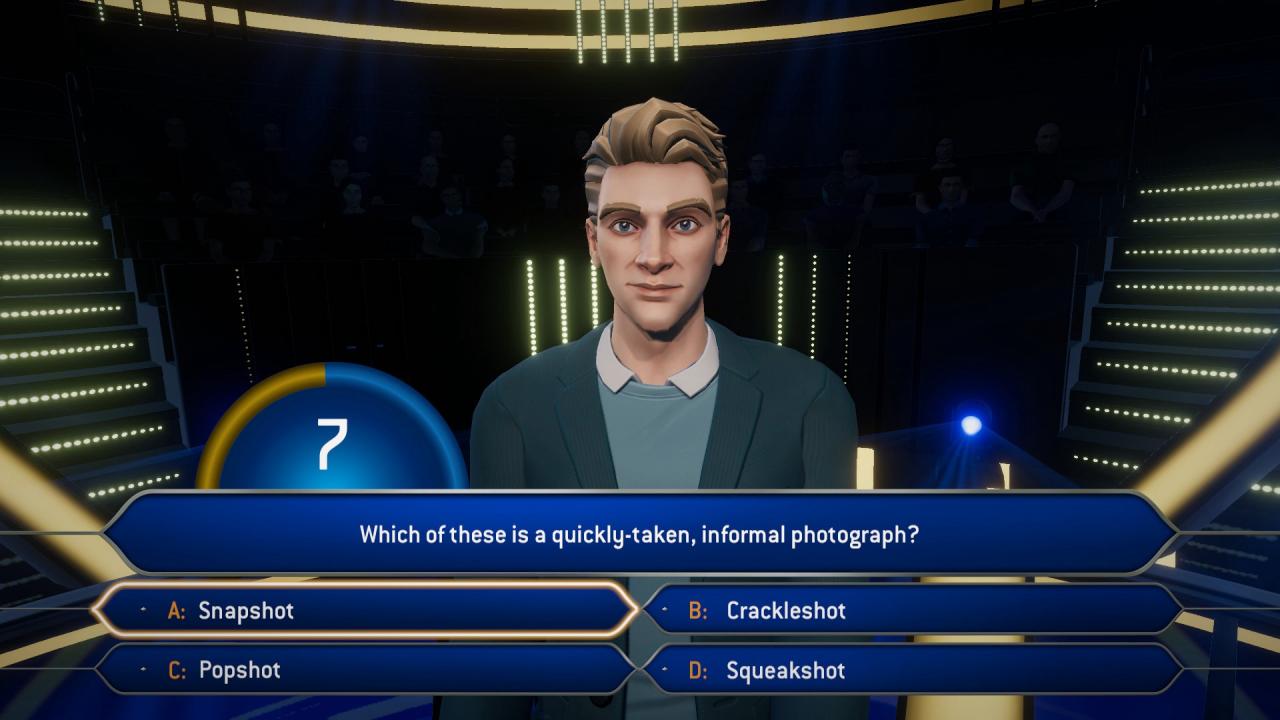 Who Wants To Be A Millionaire is based on the wildly popular and Emmy-awarding winning TV game show of the same name that debuted in 1999 and has been in U.S. daily syndication since September 2002. "Is that your final answer?" has become a popular catch phrase in popular vocabulary. You take the hot seat in the all new Who Wants to be a Millionaire game. Win $1,000,000 by correctly answering 15 multiple choice questions, each worth an increasing amount of money. Just like on TV, players can seek help for the super stumper questions via lifelines like "Ask the Audience", "Double Dip" or "Phone a Friend". Can you stand the pressure, or will you walk away? With its cartoon style North American version differs from European ones, using a more realistic style.