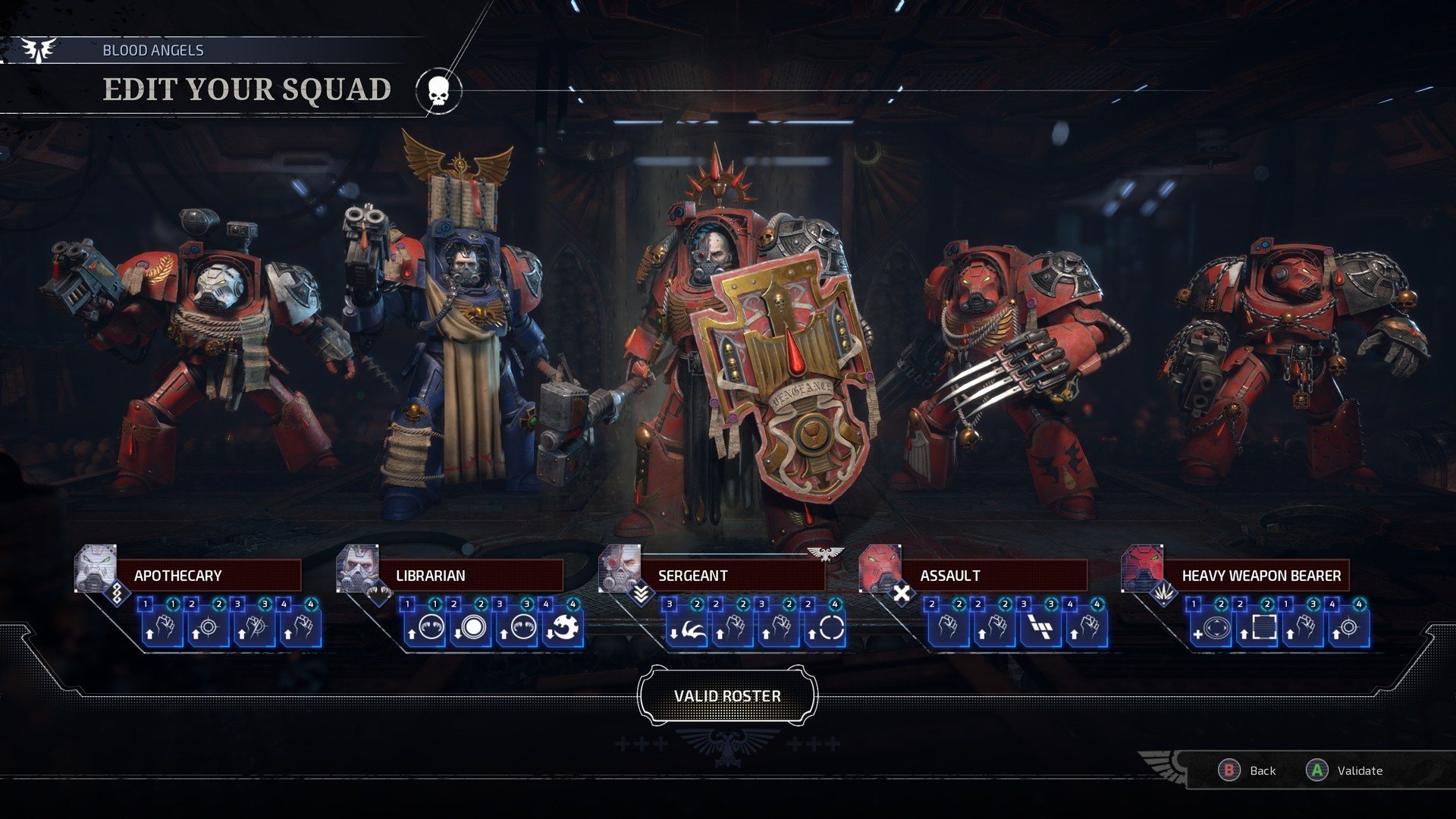 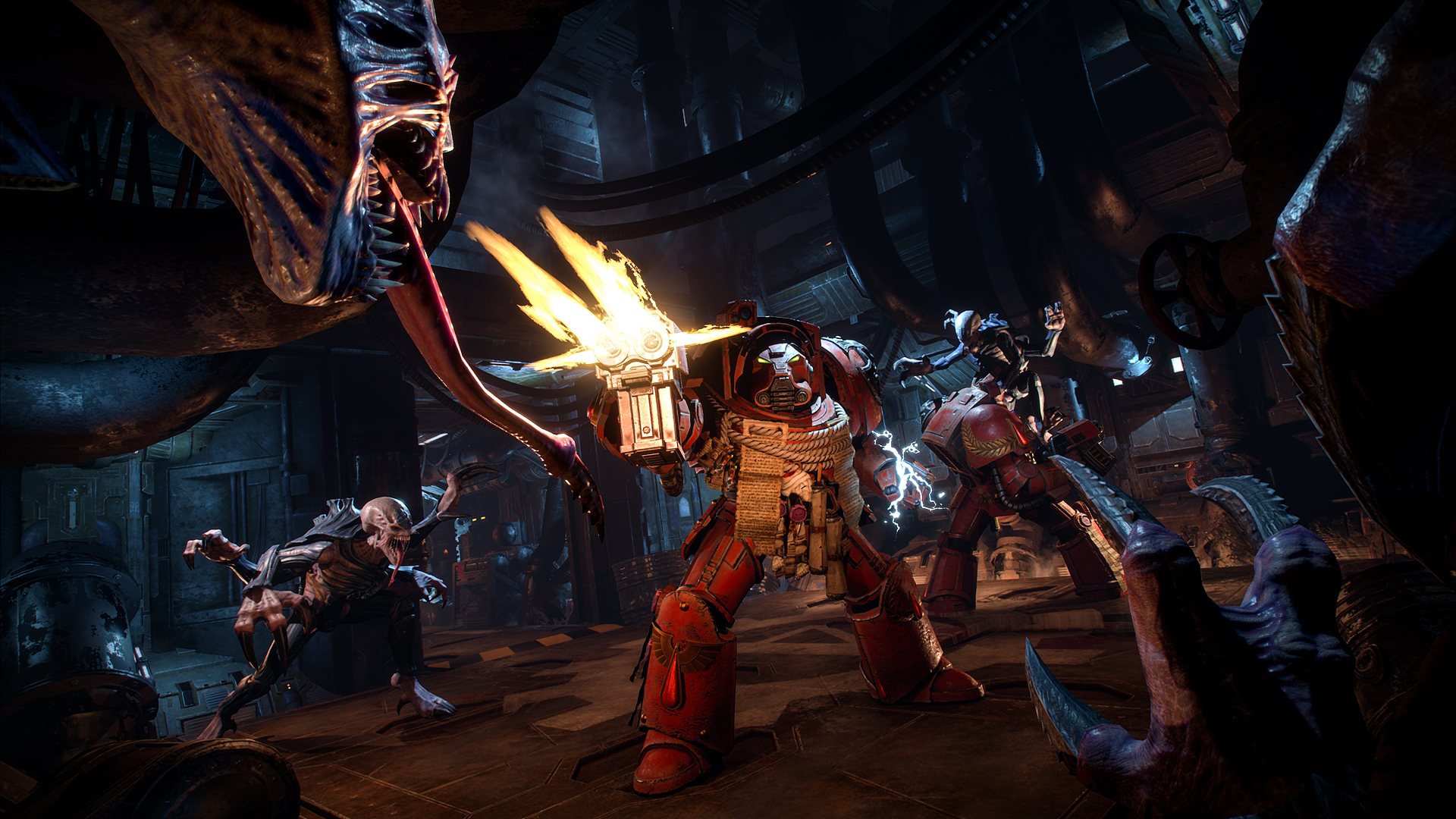 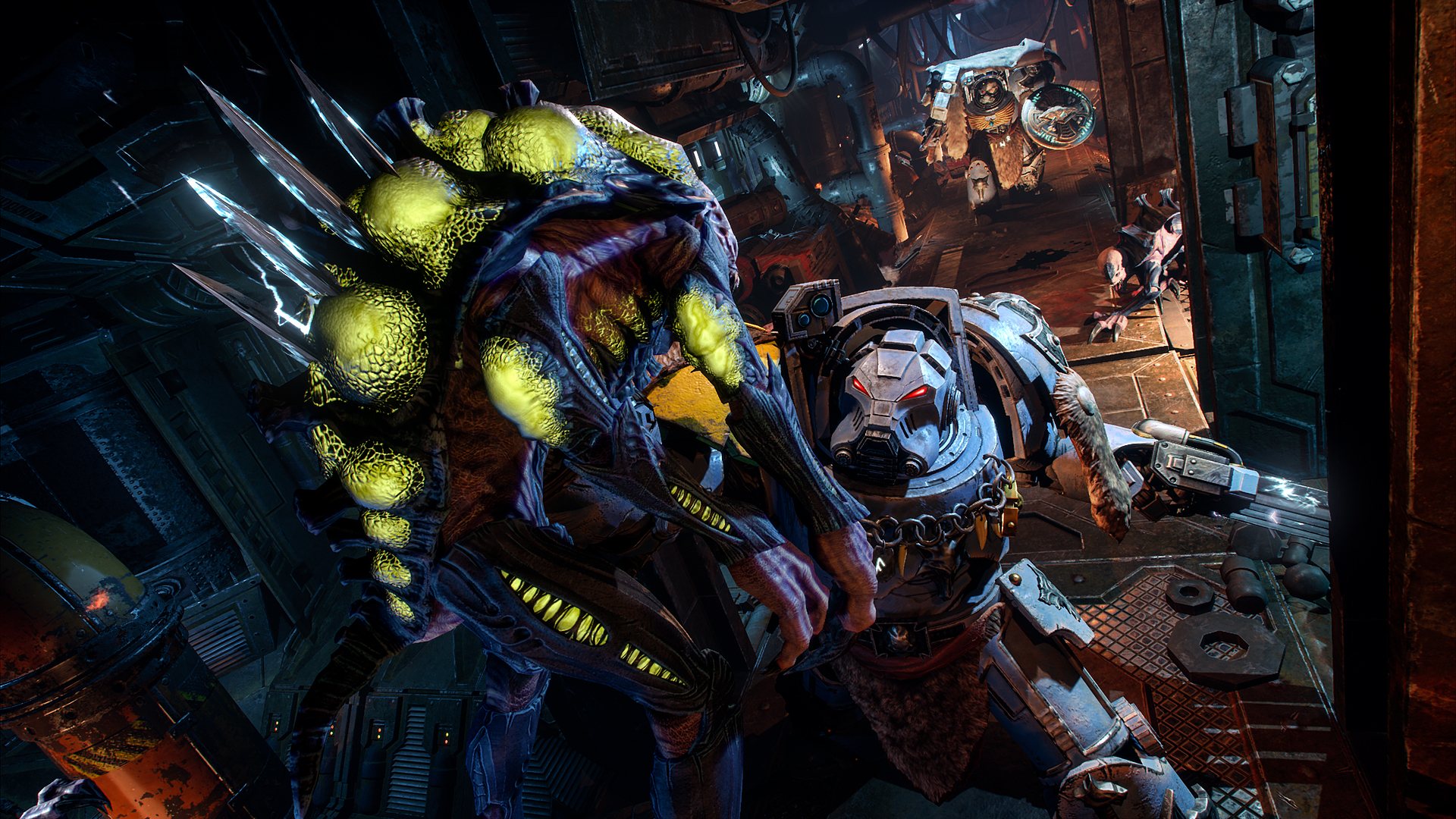 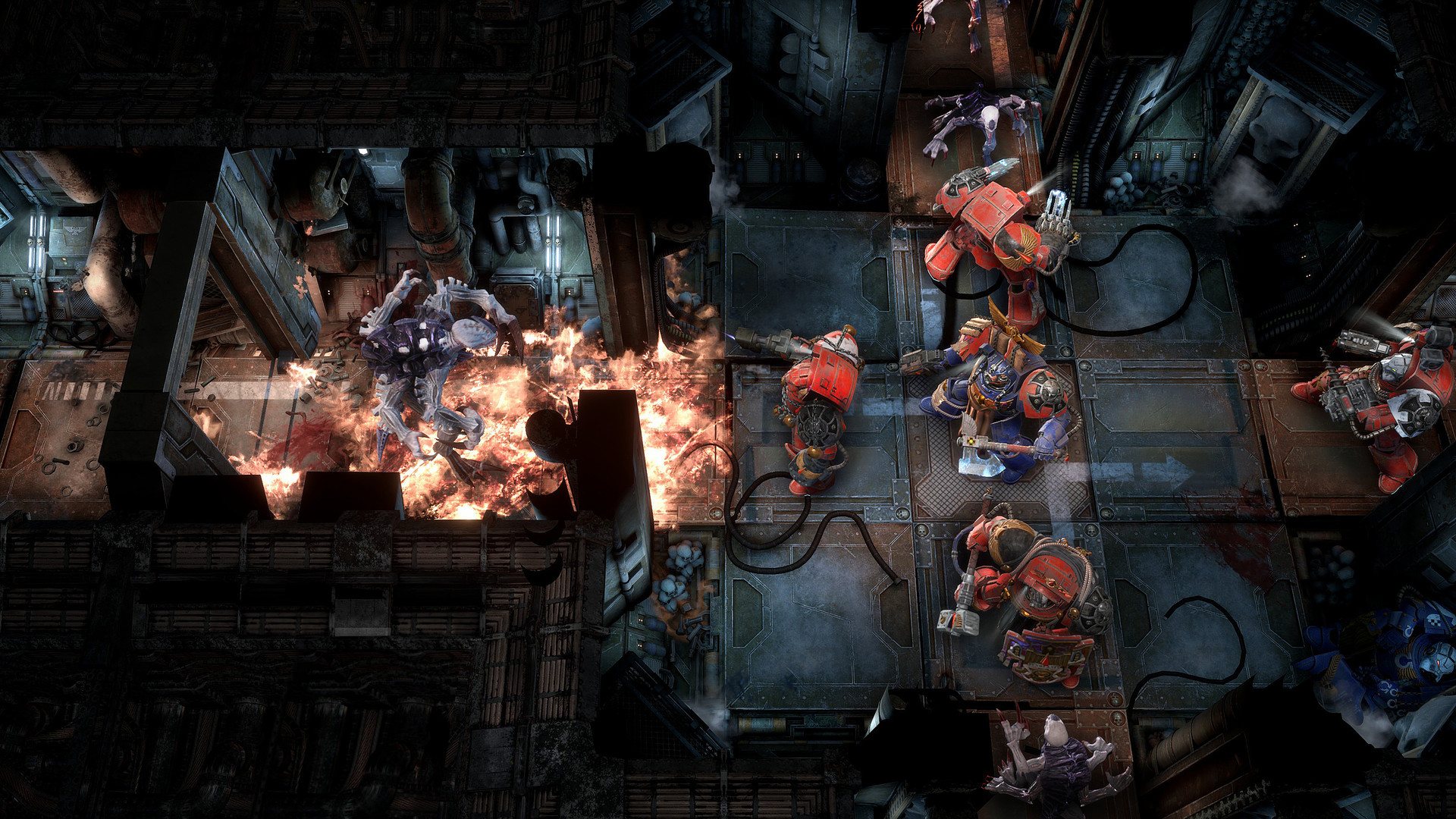 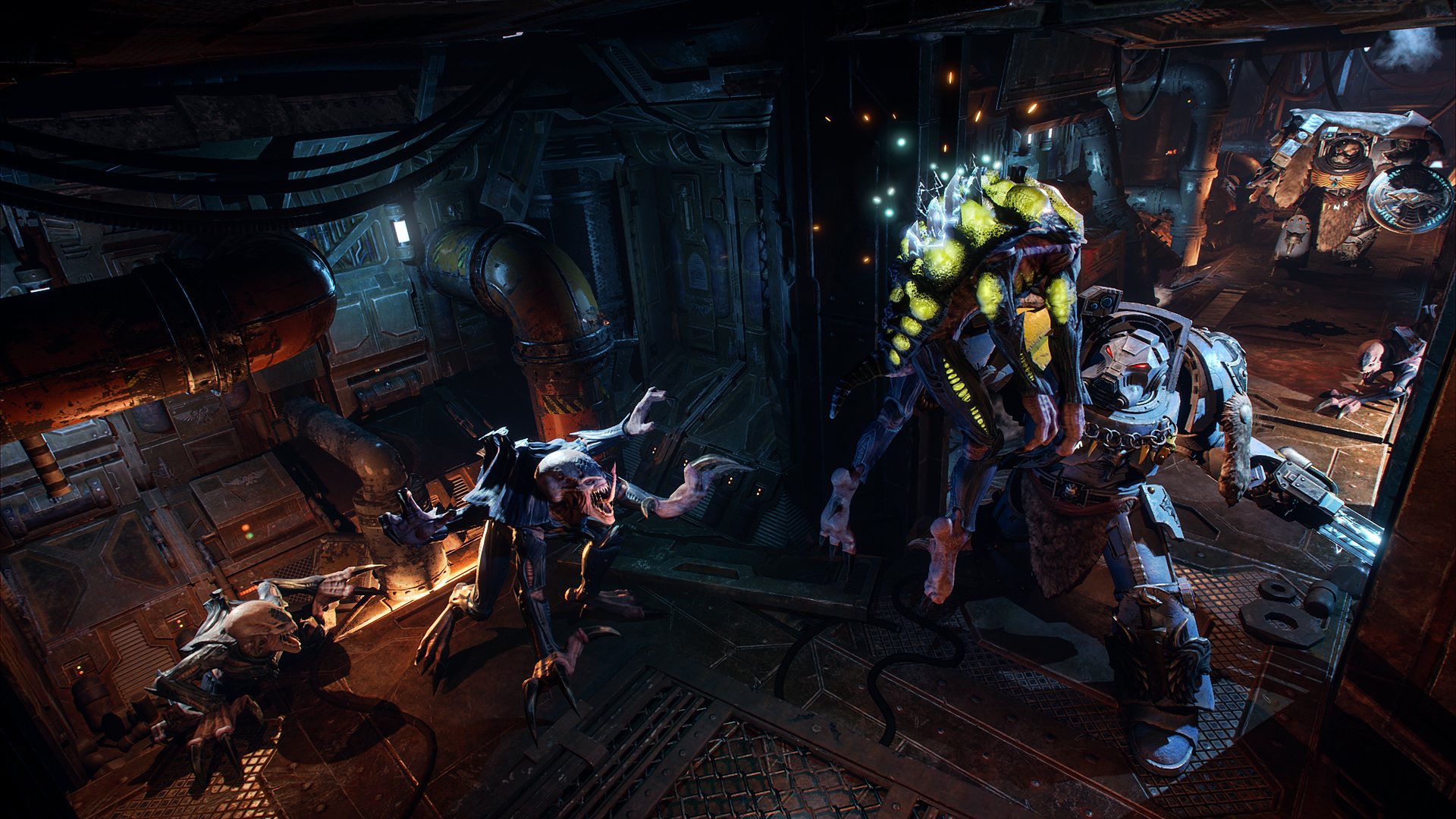 "Bringing a unique twist to the classic gameplay of the cult board game, engage in bloody battles through an immense Space Hulk – a twisted mass of asteroids, wrecked ships and debris – as either a squad of Terminator Space Marines or the deadly alien Genestealers. Which side will you choose? Battle through two distinct, narrative-driven campaigns, from the points of view of two different factions: one campaign puts you in control of a Blood Angels squad, which you will customise and upgrade as you progress, while the other puts you in control of the Genestealers for the first time in a Space Hulk game! Space Hulk: Tactics is based on the rules of the popular board game, given a fresh new spin in the form of the unique Card system. Cards give more ways to customize your squad before a match, and allow you to turn the tides of battle with abilities that trigger game-changing effects when used at the right moment. Test your skills against other players in the expansive online competitive multiplayer, letting you command a swarm of Genestealers or a custom squad of different unit types from one of four Space Marine Chapters – the Blood Angels, the Space Wolves, the Ultramarines, and the Dark Angels. Multiplayer modes and tools offer a rich and deep online experience, and include an intuitive map creation tool, which gives players everything they need to create original maps with custom objective, and share them with other players to play either online or against the AI, all from within the game!"